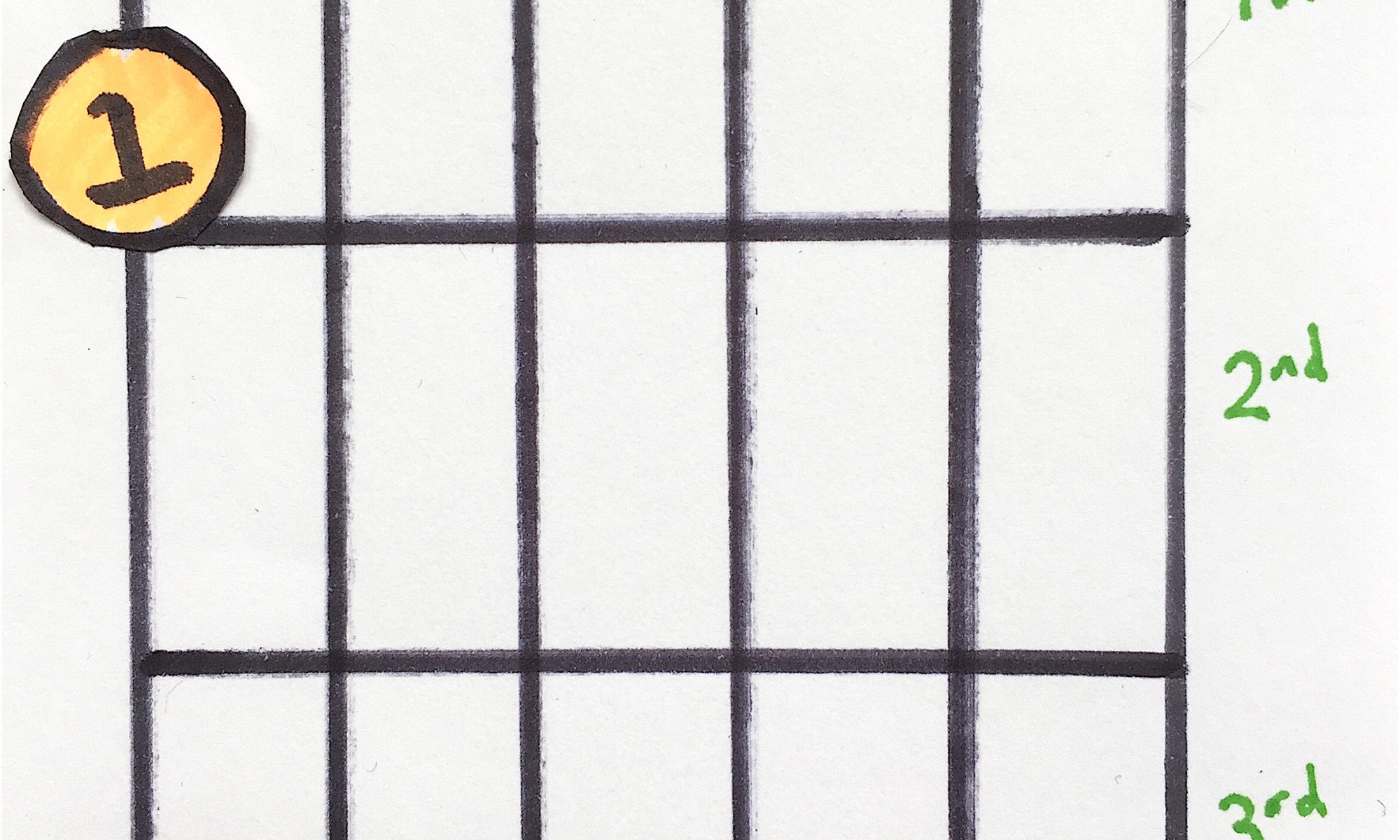 The photo shows F5 (the F power chord) but moving this shape up two frets would give G5. They can also be played with the root on the A string, when you do this, make sure you block the E string as you’re playing by touching it lightly with the index finger of the left hand. 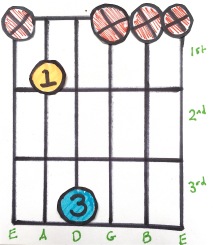 Power Chord Root on A String

They look a little bit like bar chords but you only play the bottom two strings. They are extremely useful for rock, punk rock, metal, and most types of music where there is a lot of shouting.

They are an absolute must if you want to play any songs by Nirvana and other grunge/punk bands as many of their songs consist almost entirely of these ‘power chords’, for example, ‘Smells Like Teen Spirit’ and ‘Lithium’.

Or more recently, Daft Punk’s ‘Instant Crush’ from their album ‘Random Access Memories’. Here there are many instruments but the backing guitar plays power chords though out the entire piece.