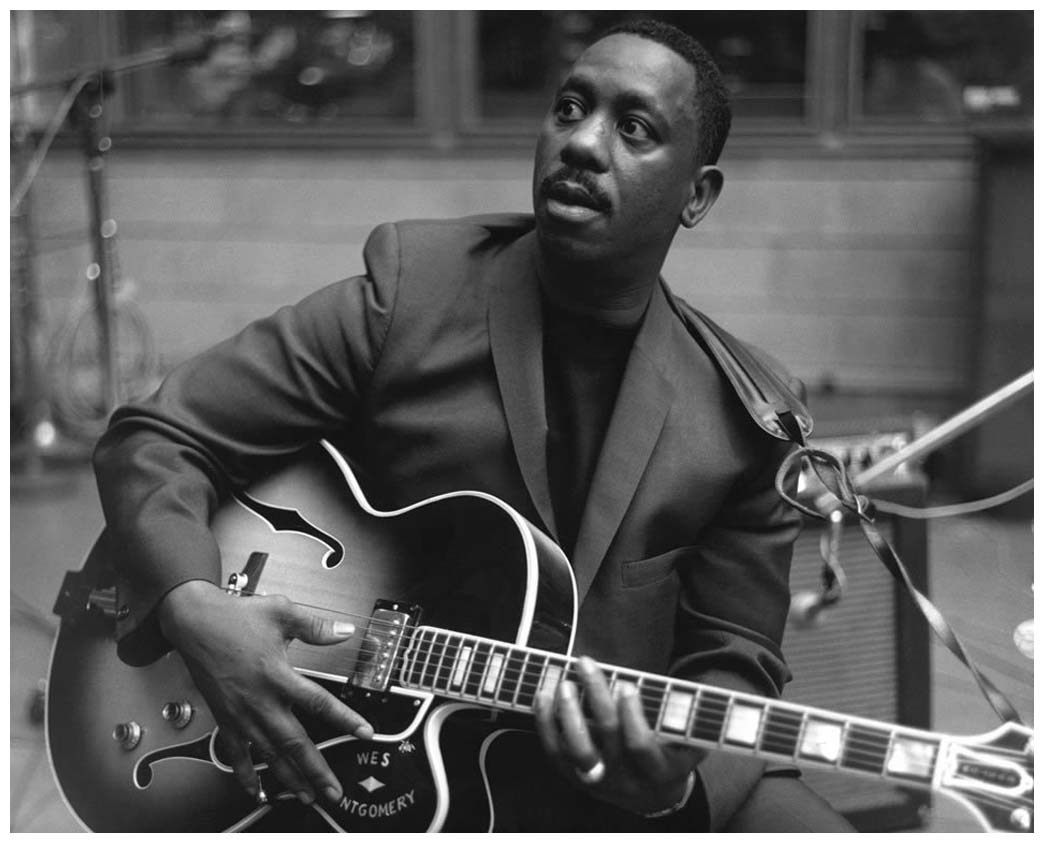 No conversation about the history of jazz guitar would be complete without hearing the name ‘Wes Montgomery‘. Born in Indianapolis in 1923, he developed and advanced the earlier ‘swing to bop’ style of Charlie Christian and learnt many of his solos note for note. His distinctive sound came from his unusual technique of playing with his thumb instead of a plectrum, and playing octave solos (as opposed to single line solos), with incredible precision and speed.

His solos are outrageous. Virtuosic, bluesy, melodic, driving, and always sounding absolutely effortless. Virtually always his solos are triple tier; starting off with a single line, adding tension by playing octaves (giving a thicker sound), and climaxing by playing chord solos. He interacts with the rhythm section (drums, bass, and piano) whenever he plays, just check out this six minute solo on ‘No Blues’ -Smokin’ at the Half Note, where he plays rhythmic motifs which the rest of the band pick up on and accentuate with him. This solo is exhilarating and despite its length, remains spellbinding throughout due to the increase of tension from beginning to end.

Best known works consist of the seminal aforementioned album ‘Smokin’ at the Half Note’, Pat Metheny is quoted as saying that the solo on ‘If You Could See Me Now’ on this album, is his favourite of all time and his 1960 album ‘The incredible Jazz Guitar of Wes Montgomery’. Towards the end of his career he began, controversially, appealing to a wider audience by playing ‘pop jazz’, and playing renditions of widely known pop songs, as on his 18th studio album ‘A Day in the Life’.

Joe Pass, another jazz guitar legend, is quoted in James Sallis’ ‘The Guitar Players’ as saying:

“To me, there have been only three real innovators on the guitar—Wes Montgomery, Charlie Christian, and Django Reinhardt”

He is known for playing a Gibson ES-175 and later the Gibson L5.

He is still considered by many to be a true genius and one of the main innovators of the jazz guitar.